First Game in About Two Years

FINALLY I got to play again :-) So Wednesday night I went over to Matts and we played a SYW Blackpoweder game of 777 points. 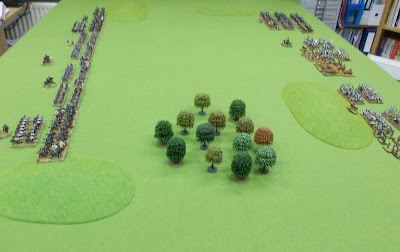 I was the Prussians (on the left) and Matt had the Austrian's. Lee and myself had based our units to our own base size and unit size so Mat and my bases did not all marry up and Matt fielded two battalions together to look a bit more like mine. 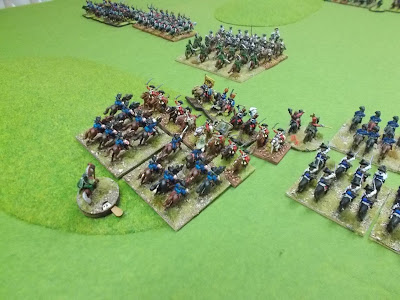 Matt had loaded one flank with cavalry whilst I was mostly even. This meant I had to turn round one flanks worth and fly across the rear of my infantry to give them a hand. Meanwhile I was trying to fend off Matts dragoons with a dragoon and a hussar unit. 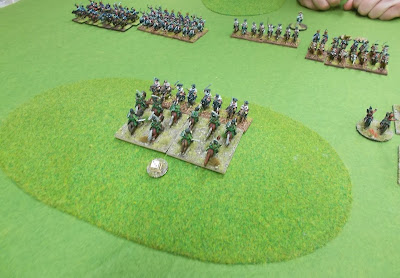 My Hussars lost the first round and Matt did a sweeping advance and against the odds then lost the melee becoming shaken. I lost the dragoon v dragoon one but not the unit. 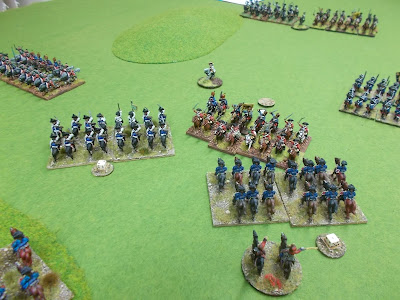 This however allowed me to charge both his dragoon regiments sending them from the field but I did take casualties making myself vulnerable to his cuirassiers. 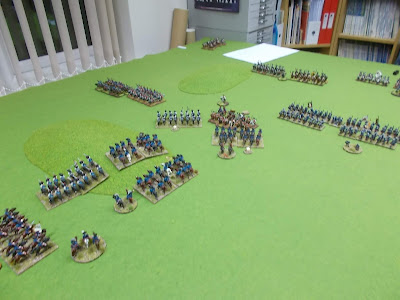 I should have been in a great position with three fresh regiments turning up but on charging his hussars I did really poorly and this left the whole of my cavalry with fairly high casualties. This was made worse when my C-in-C blundered. 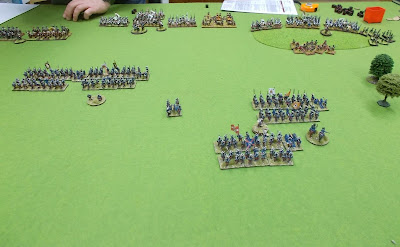 One battalion of infantry had been disordered and I failed to get two moves so unable to pass through the forward unit and things would start to go bad for them from this point on. 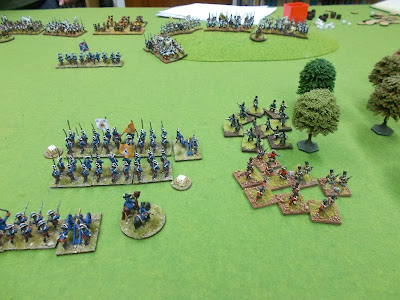 Matt got two units of light infantry round my flank, of course I got disordered and suddenly nothing on that flank could move. Time for another blunder methinks. 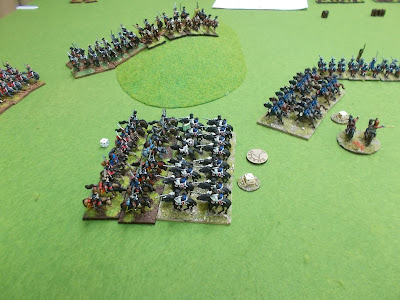 Just before Matts cuirassiers carve me up my cuirassiers are shaken by Matts very expensive hussars. He was a very happy chap they had done so well. Lots of laughing in our game but at this point mostly Matts lol.

One of my battalions blundered (I referred to it above) and he moved right into close range for Matts artillery and a battalion of infantry and that is all she wrote for those guys.

We made a few mistakes and had heads in the rules as neither of us had done enough pre-game reading and remembered things a bit less than we thought but we still had a heap of fun. Next time I think we will have a better idea and should get a better balanced game.