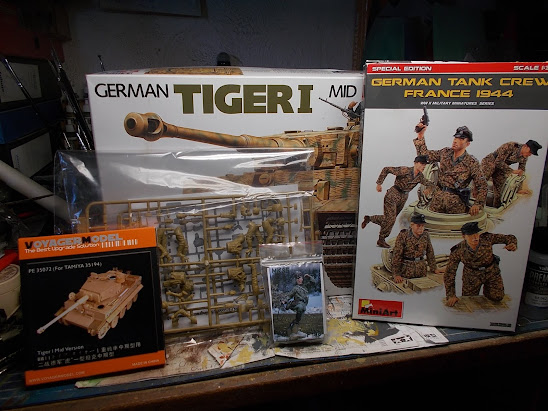 My next diorama is this Tamiya 1/32 scale Mid Production Tiger I. I am giving myself a window of three months to build the kit and assemble the rest of the dio. I have added the Voyager Models PE kit that really ramps up the complexity and of course detail. I also ordered a metal barrel on a friends recommendation. So far resisting the metal tracks but if I struggle with the plastic ones from realism then I will probably go metal. Rather not as that will help ramp up the costs above what I probably can sell it for. The figures are mostly plastic with at least one will be resin, all depends on if I can get more figures that fit with the scene I am planning. 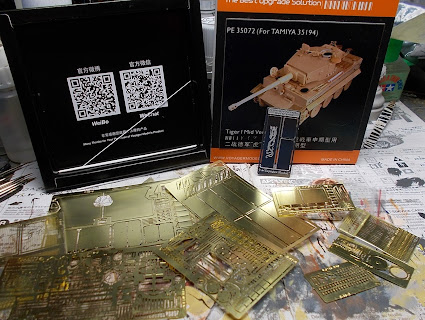 Some of the detail is insane, love the hatch parts, these will be late added items I suspect. Already decided a few parts don't add enough to be included and being stretched with some of the bending and gluing I have done already. 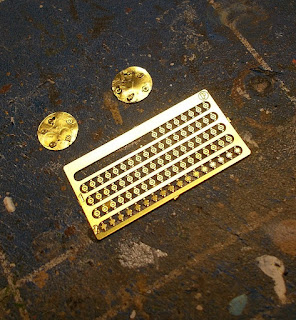 Covers for the exhaust, the bolts are being added to the cover plate which is about 6mm across. 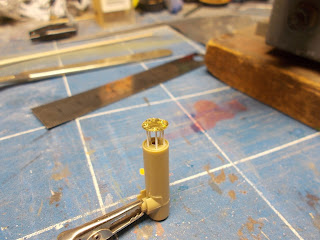 Plastic rod to replace the Tamiya rods fitted into the exhaust. I missed a trick I should have tap drilled them mounting hole a little deeper to make a more solid fix, lesson learnt. 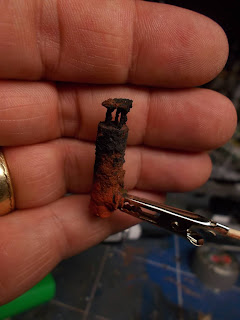 One of the two finished, well sort of. I need to dial back on the corrosion I think, though they are mostly hidden by the exhaust shrouds so may need to be a bit OTT. I am using ENML binders that allow me to keep going back to it so can change as much as I like. 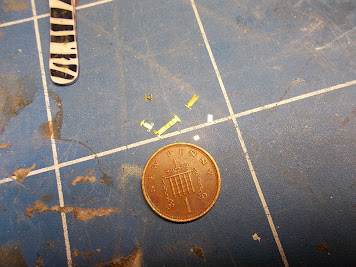 First real challenge was the two clamps that hold the jack in place on the rear of the Tiger. Two of these parts require folding, took me about an hour and a quarter to get this done. 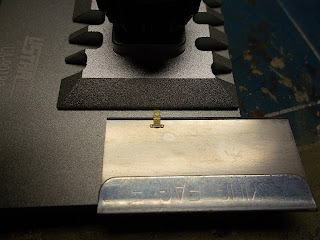 I invested in a small PE folding vice tool. Already very happy that I did, it's going to get plenty of work on this build. 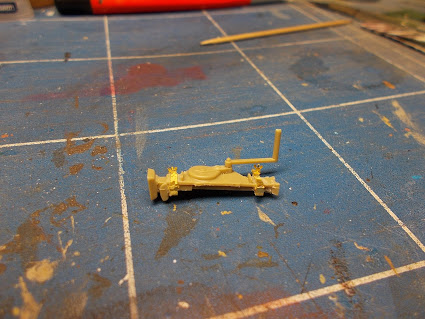 The wing nuts actually made me smile, lets see if that's the case when I have done a few more. 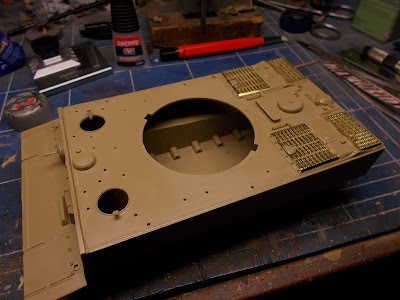 I plan to do as much as the basic build as I can before adding as much PE as possible though bits like the metal grill covers needed to be added before some of the other clutter. The PE instructions are rather cluttered and sometimes don't make as much sense as I would like but with a lot of looking and cross referencing I seem to be doing OK.
I will add the wheels close to the end of the build as I want to do a lot of the weathering of the under side of the tank before fitting the wheels and tracks so as to be able to get right into the shadows. 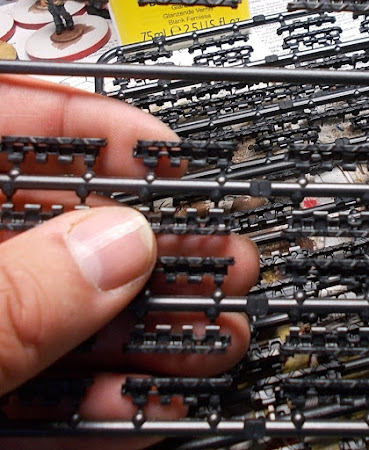 Tracks are going to be such fun, build, paint and weather. Will be adding track sag at least I hope I will.
Between sessions on the Tiger I will be working on the figures and a bunch of other projects just to keep things fresh. As to how many will be wargaming related rather than just painting remains to be seen. However I am in the process of sorting my first game in years so that should provide a spark. 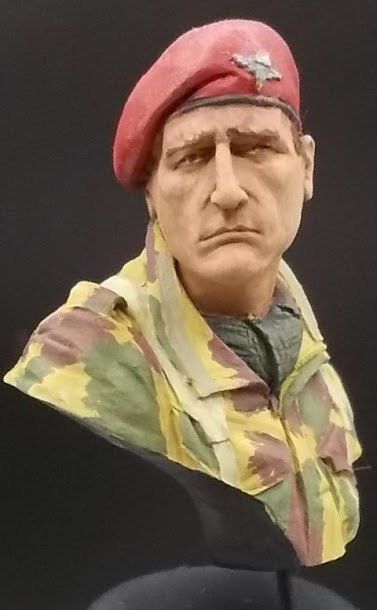 Sorry for the lack of blogging recently, I've been painting but just not the stuff that tends to interest my followers. However with games just around the corner maybe just maybe more of a mix of subjects. However I will soon be starting to post about my next diorama this being a 1/32 scale Tiger I that I have mentioned before.

Still not wargame related really is this FeR miniatures 1/16th resin bust. It's just 4cm tall between top of the beret and bottom of the Denison jacket. Total height including the plinth is 7cm so quite a small chap. 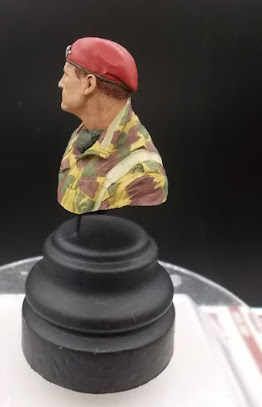 The quality of the casting is superb, loads of detail and a joy to work with. The only drawback really is the cost, set against the price of full size busts it seems rather pricy but has the advantage of not taking up too much room. 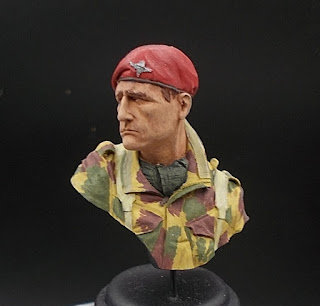 I mostly used Andrea paint sets which are lovely paints. I feel I am finally getting the hang of the flesh set and feel this time I got what I was trying to achieve, lets see how that pans out over the next few larger projects shall we. 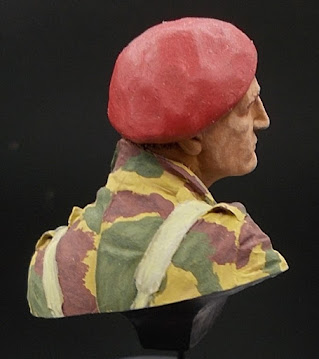 This fellow has landed on my Etsy page which so far has not attracted much in the way of hits though I now have 13 items listed so I hope to increase the traffic. Recently sold a bunch of stuff on ebay and they have decided to hold the funds for a month due to not having sold anything for awhile. Bought plenty though, another excuse to hold onto funds it seems to me.