I did not keep a good running total last year so hope to do much better this time around. I have pledged 750 points but have prepped 1500 points worth so it will be interesting to see where between these numbers in finish up. Especially as I will be prepping other work as I go.

1st Entry three SYW Prussian guns in 15mm for 28 points and a very short lead in the standings. 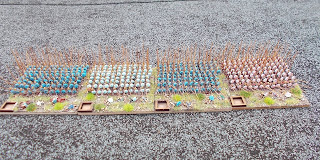 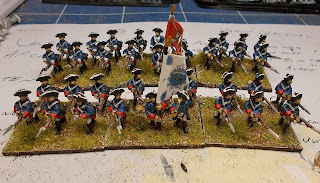 4th entry, eight regiments of foote for the ECW in 6mm for 112 points 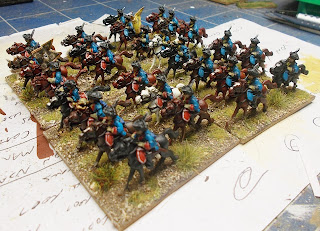 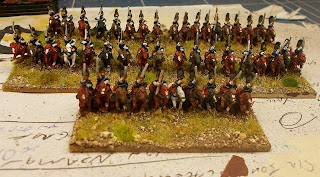 The challenge has been opened for the VIth APC, I will again be taking part and though I will not be putting up the numbers of previous years still hope to get plenty of work out the door. 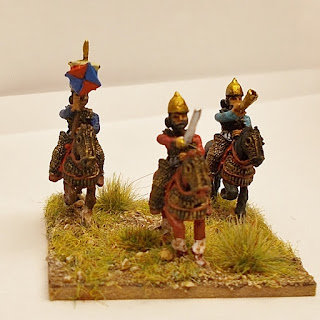 The Vth Painting Challenge and the fourth I have taken part in is under way and so like the last two years is a running tally of my results.

6th Entry 28mm Two each of Cowboys mounted and on foot

28th Entry 6mm One unit of Hoplites of 48 figures

Third, One Sniper Reminder with a difference

Eleventh, three 54mm Figures for the Casualty Round


With he Painting Challenge Underway I thought it would be fun to keep track of my totals just because.....

A single WWII German 28mm Sniper Reminder and my Secret Santa of 12 guns and crews with 4 limbers, all 6mm Baccus.

The last four Investigators for MoM

And here ends the 3rd Annual Painting Challenge. I finished in sixth place just scrapping past my second personal goal of 2000 points. I had a ball and already looking forward to next year, though for a few days I will not be painting any figures. However I do fancy a go at some of those houses I have put off for the last three months.