I have had little exposure to 3D printed figures up to this point so was not quite sure what I was agreeing to, possibly a good job. These are unfortunately one piece prints so was quite cumbersome and created a few challenges when it came to painting some areas part blocked by arm's swords or staffs etc etc etc. 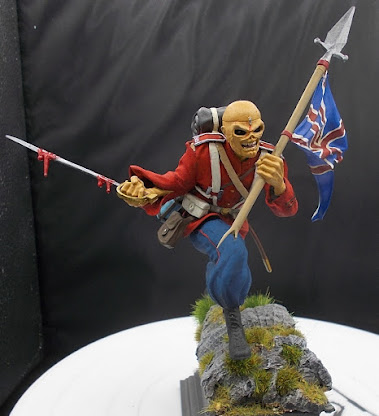 One of the two at least was simply pained more or less as the singles sleeve, it's also a good representation of said artwork. Of course the detail not shown on the sleeve such as the back etc had to be added by the sculptor and I think they did a really good job of that. 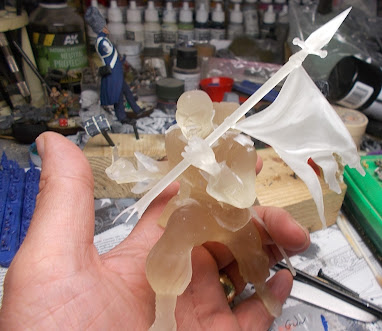 The photo above gives you an idea just how big the figures are. Lots of detail is hidden in the clear resin, I have Vallejo's surface primer German Panzer Grey which is perfect for covering this semi flexible resin. 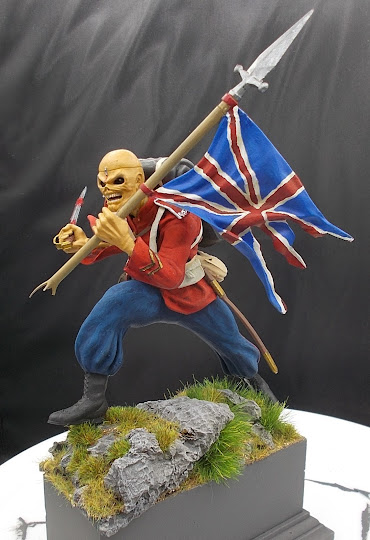 The Union flag is a bit bastardised, the actual artwork gets it really wrong so I was torn between doing it right and following the artwork. Made more difficult as one of them was going to a ex soldier!
The base is a resin plinth from Model Display Products and I have used cork bark for the stones and a liberal sprinkling of static grass and tufts, so may tufts. 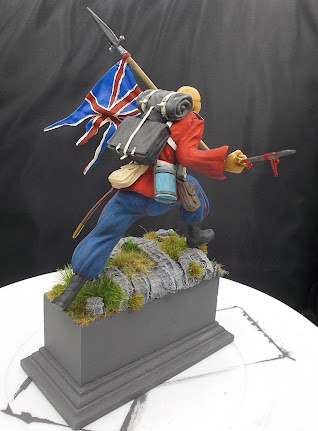 I made good use of my new paint sets from Andrea for the red and blue of this one. The other was mostly Vallejo. Both were for the most part painted at the same time, all excepting the coat and trousers. 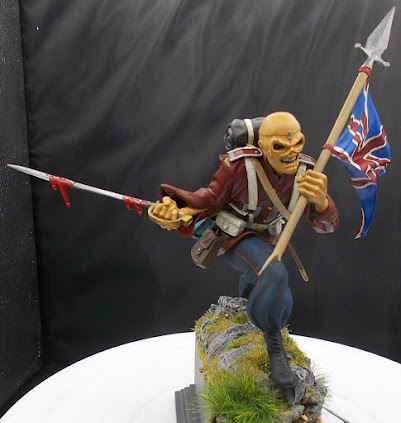 The second Eddie was painted in the Royal Engineers colours, well I hope so anyway. Both sword blades were a real pain, breaking off and I reattached them after finishing them. 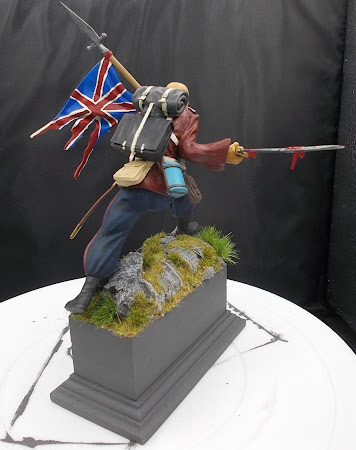 The gore on the blade was already there, I simply painted and varnished for the fresh look  ;-) 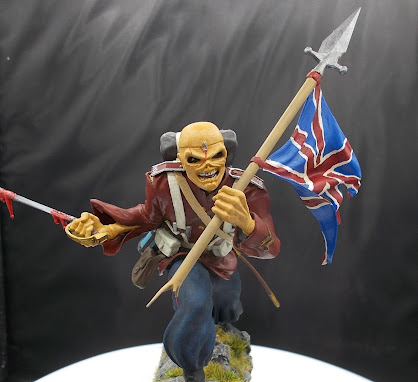 I was given the test piece for this figure but it lacks the bottom of the staff and I really don't plan on painting him any time soon. That's not to say I did not enjoy painting them but another would be pushing uphill for sure. 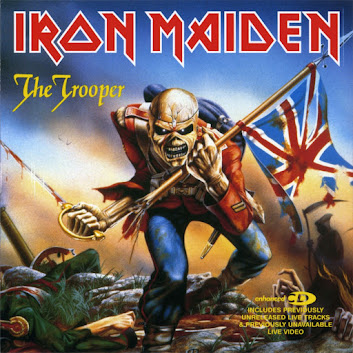 The inspiration and reference material. Hopefully Iron Maiden won't be too upset with the finished product lol. It may not be a surprise that I have moved down a few scales to add more to my own Prussian Napoleonic army.

This Fallschrimjager bust is from Mitches Military Models and is a new release. He has not been added to the website as yet so if interested you may have to contact him via the contact me button. It's a one piece casting which makes it a lot easier to work with than many a bust. 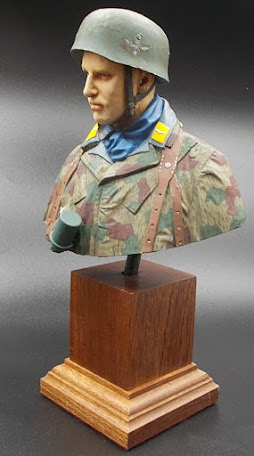 I also added a decal to the helmet that is designed with Action Men in mind. This being a 1/10 bust it's the same scale so perfect. The distinctive Splinter camouflage smock was a challenge but helped along by using the Andrea Color set for this camourflarge. 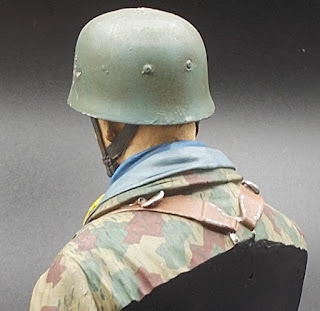 Still struggling to get leather right, still a long way to go before I am really happy with it. The texture to the helmet makes it look more metal and I used oils to grime it up a little.

Technically by the time this camo was available the crest had stopped being put on the helmets. I claim artists licence and run for the hills. I have a second one of these busts so may paint it up in the earlier uniform variant.