With most of my painting time now used for none wargaming projects it was nice to take a step back into an old project and paint up some more Prussians for my 100 Days Prussian Army. I say 100 Days as these did not even show up at Waterloo as I have all those already painted. 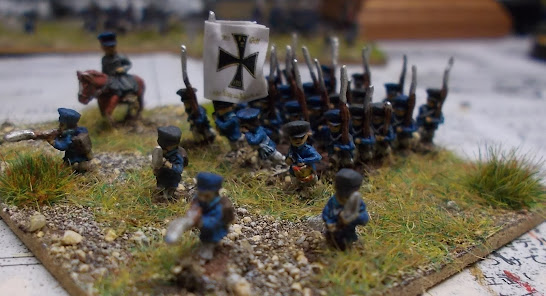 As per most of my Landwehr we have Baccus skirmishers and Adler for the main body. A few of the bases also have mounted generals to add interest.

Three battalions leading the way, 4th Westphalia 1st Corp Second Brigade, only nine battalions of the Corp made a showing at Waterloo, though some cavalry and guns did. Of the infantry I only have nine reserve and three Landwehr battalions to complete the infantry as well as a regiment of cavalry and two guns then one Corp is fully finished.

The 4th Corp just needs four cavalry regiments painting to be finished but that's because most of that Corp was at Waterloo. I have the figures to do most of the remaining units to have the lot painted up. The fact I will never need all these units for any battle remains a mute point now. Given the amount of money needed to get all the units I don't have I simply don't see the point of not doing them all.

The 3rd Elbe Landwehr regiment from the second Corp, 8th Brigade. This needs six battalions of Reserve Infantry three regiments of cavalry and four guns (2 batteries) to complete. Third Corp is the one needing the most work with 21 battalions of Reserve or Landwehr infantry six regiments of cavalry and six guns including a horse battery. These will probably be the ones finished last, well unless Lee suddenly wants to fight a battle that these were in!!! 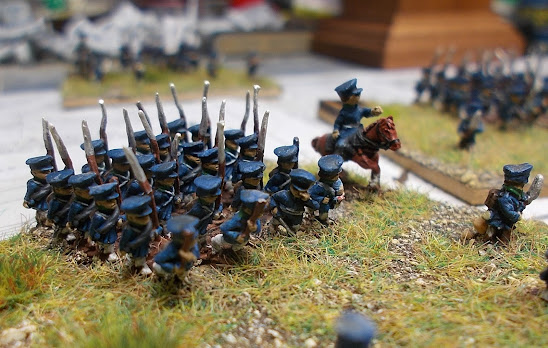 I know it's kind of pointless painting up all these battalions when in many of the cases I can just sub a different battalion without much chance of being pulled up for using the wrong battalion based on collar or cuff being wrong but at least I can fantasise about using them all in a sweeping campaign. 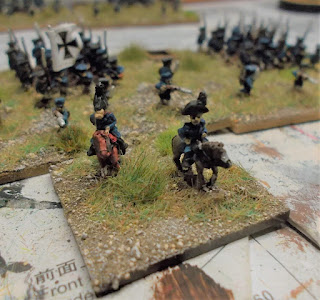 I also painted up a couple more command bases. At some point I need to check how many I have so to make sure I can supply enough for any battle. Our rule system requires a fair few. Next up for this army is a couple of cavalry regiments but they are being bumped down the list as other projects need work doing on them.