Since the original post I have managed to build up the Tiger to the point it will receive it's base coat. The Photo Etched has been a huge learning curve that has tested me quite a lot. 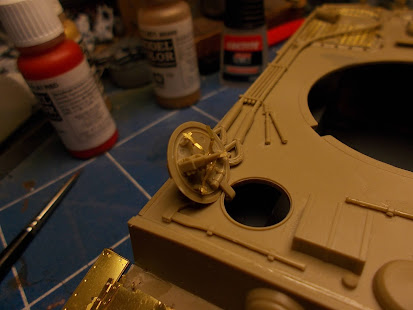 The interior of the hatches have all had a big upgrade with multiple parts with up to six bends to a single piece. Front mud guards were less tricky but still full of challengers. 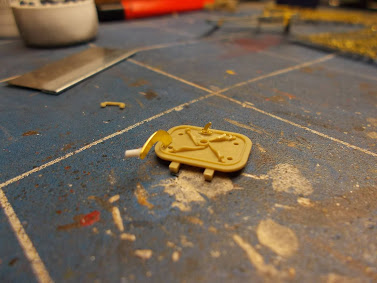 Less bends on the righthand turret hatch but the small catch is actually three parts! The crew will be all over the hatch areas so I felt I should add the detail and now wait to find out how much is hidden by the figures! 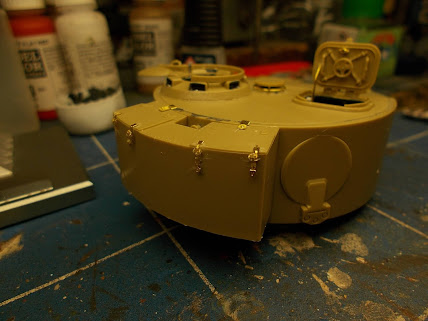 View of the rear of the turret, a lot of the PE requires the original details to be filed off the model to be replaced with the brass parts. I have in plenty of cases felt the added detail was not worth the extra work. Here it seemed well worth it, about 40 minutes a clasp I was not so sure. 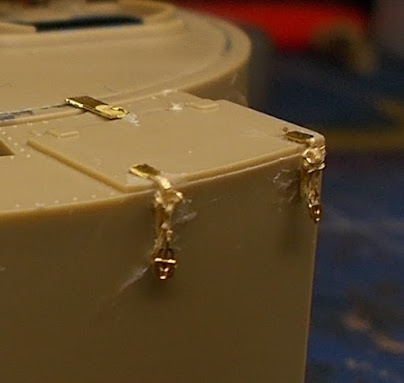 Each clasp set has four parts, the base plate that requires two bends on a area about half a mm if that, these then allow the hasp to be fitted into the two bent arms. Then the lock has it's upper wire bent to go through hole in the clasp. Finally a upper piece fastens to the tank box and threads through the back of the clasp! 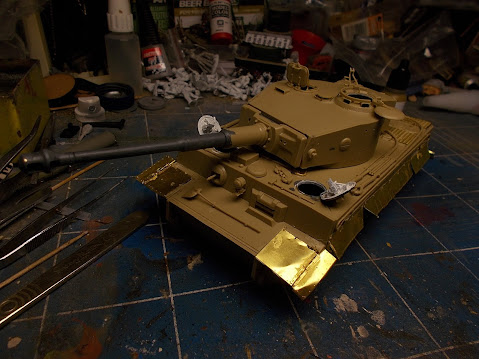 Adding the side skirts last night and today took up a chunk of my modelling time and I had a fair bit of fun bending the skirts after looking at lots of photo's of Tigers. Seems the skirts were easy to damage in Normandy due to the narrow lanes in the Bocage. This will hopefully come across on the diorama. Very shinny at the moment, hopefully the primer will deal with that tomorrow. The rear guards were the most challenging and I had to go back to do a few changes to get them right. 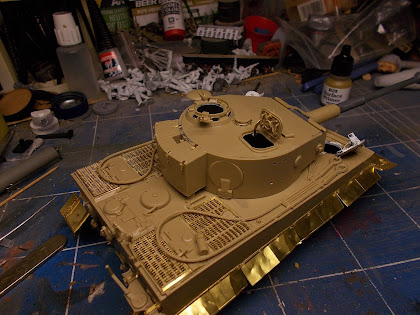 One flaw with the kit is that you can't have the turret facing forwards if you have the hatches open as the lugs force the turret to be put on to the side and when traversed hits one of the forward hatches. Simple solution is cutting off the lugs, will be glued in place when fully painted so no problem for me. 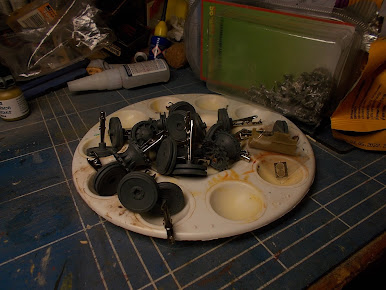 Half the wheels awaiting priming in the base colour. I won't fit the wheels until I have added mud and other effects to the lower parts of the tank. This will allow me to work a lot of effects onto the wheels as well. Tracks will not be even looked at for awhile yet.
Still need to add the exhausts and housing but these will be done post painting the body of the tank as using the airbrush. The AA MG will also be fitted once the tank is painted and tracks added, too delicate to risk getting knocked about.
I have two tournament first prizes to start in the next three to five weeks so not sure how far I can get with this. I should get the tank done for the most part as I am off for a little over a week and we don't have many trips out planned.