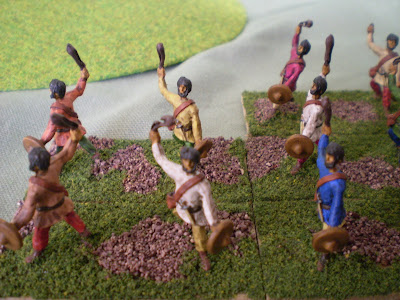 Picked up these figures on e-bay two weeks ago. The idea is to paint them and sell them on via e-bay and hope to make some on the deal to spend on figures I want. Since first losing my job and then finding out I have a long term illness I decided I did not want to spend money on the hobby unless I have generated it through painting or selling gear. I have a couple of guys who want me to paint for them but neither is quite ready (one will supply ASL kit and the other will supply extra figures of my choice, no money changes hands and all will be happy) so whilst waiting for other commissions to come through and these two I have decided to invest a little and try and get ahead, not that I am short of things to paint but I don't want to run low.
So I bought these guys but to be honest the castings are not the best in the world so I settled for a quick paint job, and hope to make a little on the original cost to buy more paint and brushes, at this point my wargames neutral is in the red. 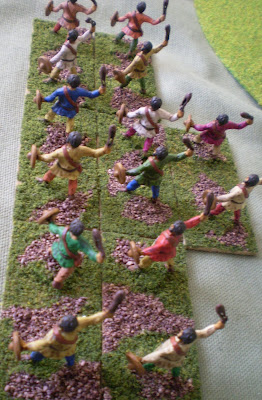 They are based to Field of Glory, 14 figures over 7 bases. One slinger has a missing sling but can be made good. Vallego paint used for the most part and mat varnished (again Vallego). I offer it here first, £20 plus cost of postage, if no takers then it's off to E-Bay. 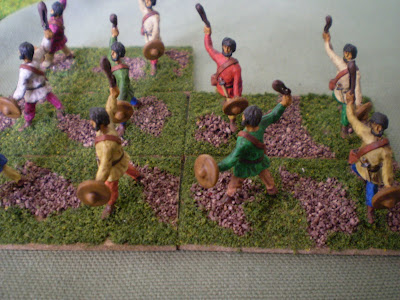 I also bought some 25mm Nap's which after doing some of my own figures I will make a start on them. On the painting table at the moment is 6mm Baccus and Irregular Cav (mostly Baccus) and the first of my Companions.